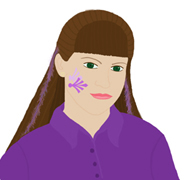 Joshua sent a return runner to Bear Country. He couldn’t attend a meeting until tomorrow. He had issues to deal with at the Spurs Fort that couldn’t wait. Our runner sent to get in touch with Hess of the Blue Monarchs returned without an answer. She has once again gone into hiding.

General Yates and I had a long talk. When I sent Pete and Jonas to Fort Shasta, I was hoping General Yates could help us with a solution to get rid of the Black Cobras. Our own efforts are failing. We have tried to stop their supply lines but Bliss continues to poor into the community. We have placed posters all around town discouraging people from joining the Cobras. We have held rallies protesting against the Black Cobras and their production of Bliss. The Black Cobras retaliate by placing people in their jails, humiliating them in the streets or worse executing them for everyone to see. Life as a Black Cobra is not an easy one, they have a great deal of enemies. I have run across several dead Cobras displayed in the streets. No one claims the kill for fear of retaliation. Their numbers still continue to grow.

The streets are filled with people unable to stand, walk, or talk clear sentences. They sleep in the gutters. The Black Cobras continue to recruit. Their tribe numbers grow daily. Individual tribe assets are quickly becoming Black Cobra property. Out of desperation and the need for more Bliss people swear their allegiance and hand over their property to the Cobras.

I took Yates on a tour of the safer parts of town around Bear Country. I wanted him to see what was happening. (We didn’t go alone we had several armed guards carrying weapons.) Even in the safe part of town you could see the effects of Bliss on the community. Yates was impressed by the tour and at the same time appalled by what he saw. He asked me to leave this behind and return with him to the safety of Fort Shasta. I think I need to try and fix the problem. For some reason it just feels wrong to walk away. I am tempted.