Time stopped for a moment as Xavier and I stared at each other. I’m not sure where the fight began in the gym but suddenly it was weapons clashing and people yelling battle cries. Matt did an excellent job of organizing the resistance from the inside. Our little uprising was quite impressive.

The fighting didn’t last that long. I don’t know what I was expecting but things ended with Xavier captured. I’ve been told a few of his goons managed to escape during the fighting. I’m not surprised a few jumped ship.

Injuries on our side ranged from minor to serious but no one was killed. Xavier and the remaining goons were temporarily jailed. The community leaders will decide what to do with them tomorrow.

Everyone that was held captive by Xavier were released from the cages including the Runt. 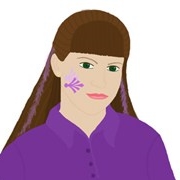